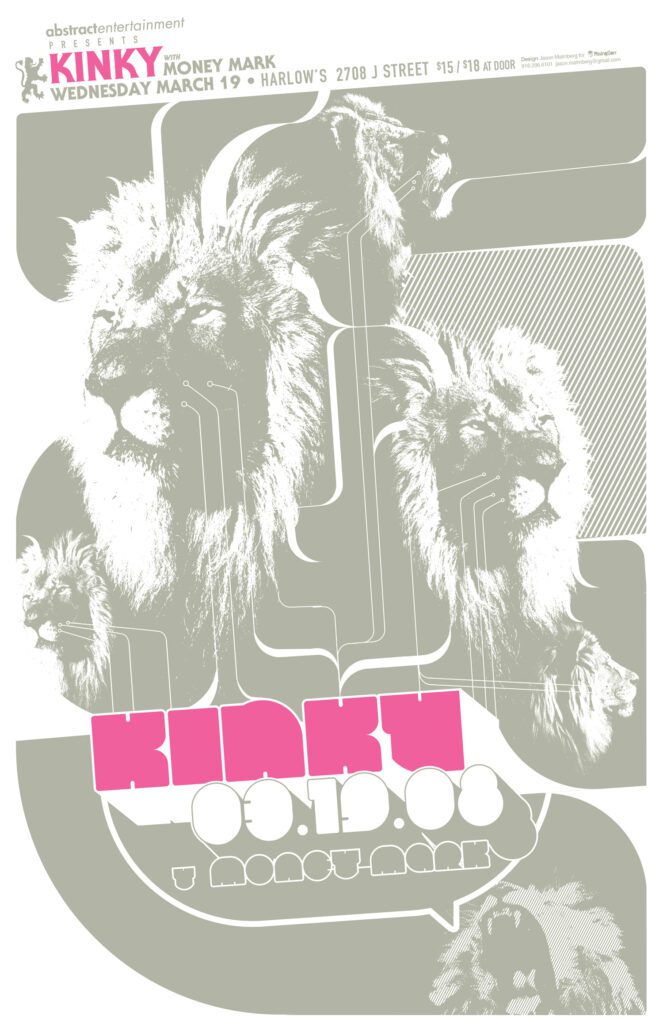 Approaching this Kinky and Money Mark poster, something in my head said “lions” so I started messing around with the idea while listening to their 2006 record Reina. I tend to force myself to design from concept first and foremost, so the idea of just straight-up making something cool looking with lions sounded fun and  easy because (obviously) lions just look really cool. But as I often remind myself, the difference between a designer and a mere stylist is Ideas. Ideas have to come first and if ideas are to come first then visuals need more of a reason to exist than “that would look rad.” Would it be too self-indulgent to go this route?

Just then Track 4: “Leon” started up, with it’s bed of growling lion sounds. I had my way in now and I could take it without feeling like I copped out to Pointless Cool.

Using lions as a jumping off point, I aimed to make something fluid and techno but still organic. In a perfect world I would have just let the rounded logotype in the middle do the talking, but you still gotta sell tickets, so I added the info strip along the top (a technique I would use again as a kind of visual callback in my poster for The Naked and Famous in 2011. At the end of the day I think it actually ended up enhancing the finished piece.

Buy Now In Our Shop 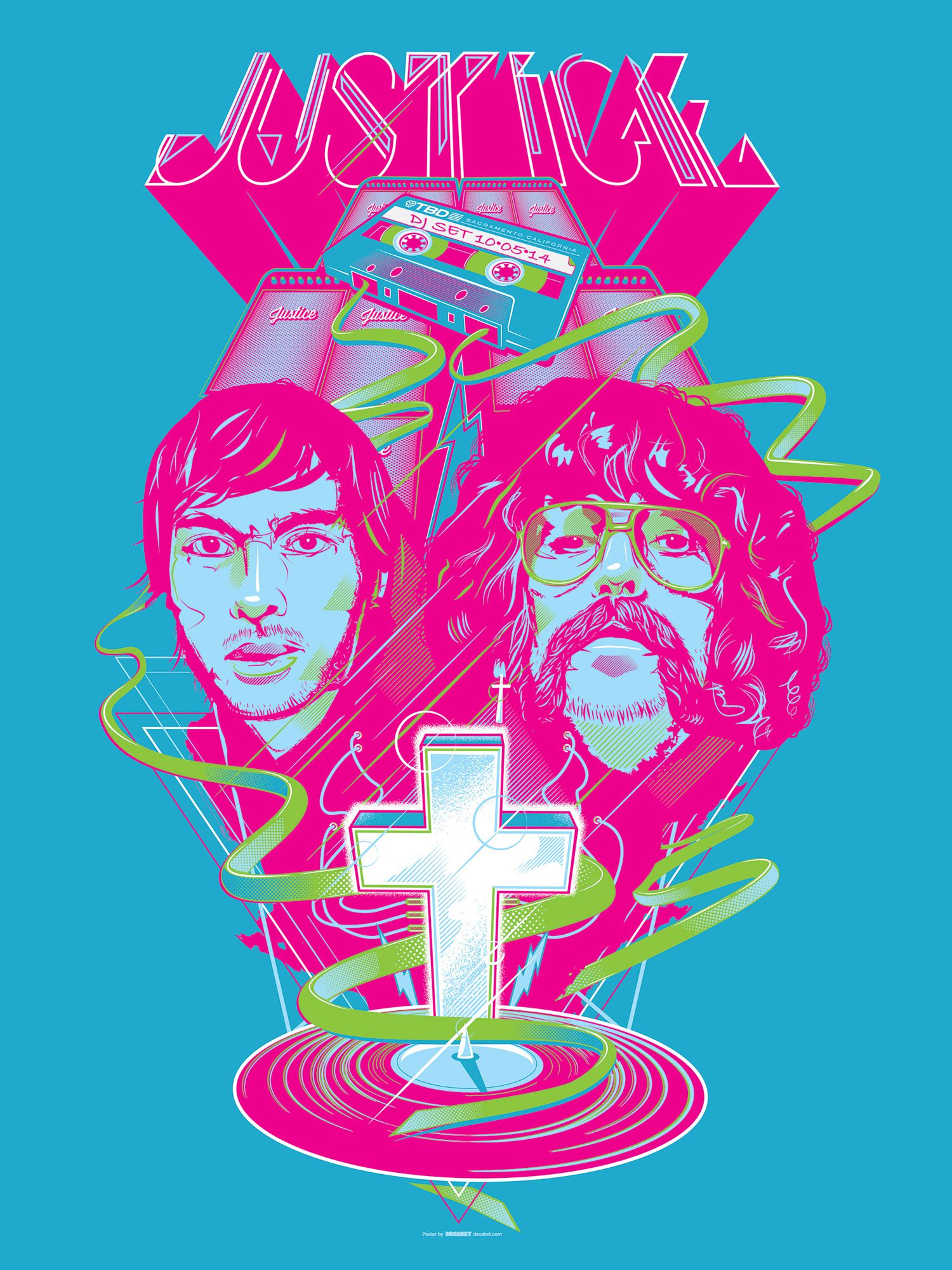 LET'S MAKE SOMETHING RAD TOGETHER!

I’ve done work for everyone from “Weird Al” to Foo Fighters, Metallica to Kings of Leon, Foals to Cut Copy, and many other bands and music festivals ranging in scale from local to international.
Contact me using the form below and I’ll be back to you (usually within 24 hours) to talk about what brilliant things we might conjure into being. 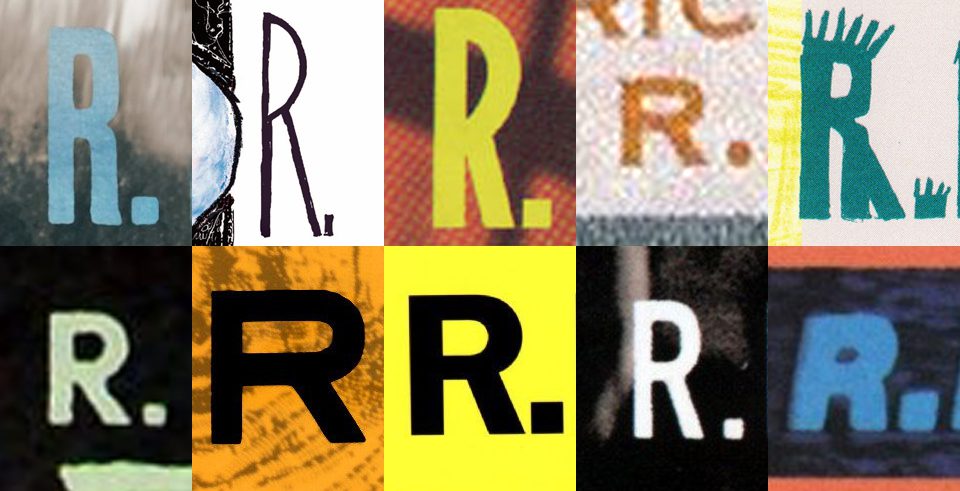